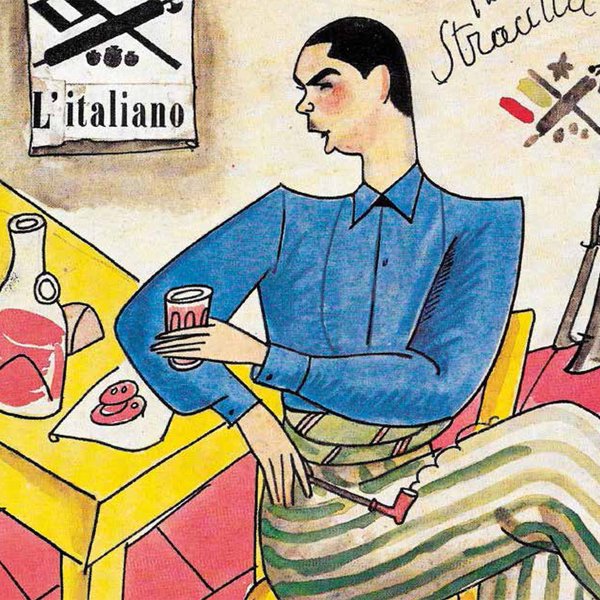 Since it opened, in 1924, Trattoria Bagutta has been one of the best-loved spots of Milanese artists; a choice influenced by its downtown position, the simple and reasonably priced fare, and the innate bonhomie of its founder, “sor Pepori”, who looked kindly upon that small gathering of penniless, but undoubtedly talented, youths. It was those very artists who, in the night of 11 November 1926, conceived the idea of founding the first Italian literature prize at Trattoria Bagutta, naming it after the place of its birth. And so, through the years, the prize became important and valuable thanks to juries composed of the city's most important men of letters - from Montale to Soldati, to name but two - and to scrupulous secretary Orio Vergani and then his son Guido, who took the baton from his father when he died in 1960. Trattoria Bagutta was more than the cradle of the prize: over time, it became a true art gallery. In fact, it became tradition for the most famous patrons to be celebrated with a portrait, fruit of the talent and the fast and incisive lines of Mario Vellani Marchi, who used to draw them on the back of menus. Those portraits, never put in any order, were left to the host, who would then hang them in crowded rows from floor to ceiling, like in a gallery of times past. Over time they were joined on the walls of via Bagutta by other works that a multitude of, mostly Milanese, artists donated to the restaurant.